Golden State Power Cooperative > History > What Might Have Been 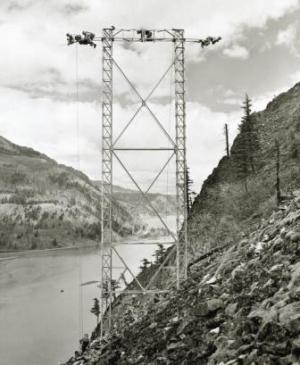 California is unique, in a most unfortunate way, in how few electric co-ops have survived here. While some states, like Nebraska and Alaska, depend almost exclusively on co-ops and other consumer-owned electric utilities for this vital public service, less than one percent of California ratepayers are members of electric co-ops. But it wasn’t for lack of trying. California electric cooperatives have had to work hard, on extremely limited budgets, to create and defend their cooperative services.

One of the original California cooperatives, Mt. Empire Rural Electric Co-op, built over 1,000 miles of line to serve the remote desert areas east of San Diego, much to the chagrin of San Diego Gas & Electric (SDG&E), the large for-profit company that served the more populated areas in and around San Diego. Mt. Empire thrived for a couple of decades until it became the victim of a hostile takeover by SDG&E in the early 1970’s. When co-op members voted not to sell their co-op to the big power company at two different annual meetings, representatives of SDG&E used a different tactic to take it over. By going door-to-door and showing individual co-op member-owners how much cash they would receive if the co-op were sold, they were eventually successful in enticing enough co-op members to sign on the dotted line. Anza Electric Co-op defended against a similar hostile take-over attempt by Souther California Edison, which only ended after a long and costly court battle.

As the Mt. Empire story shows, those communities that gave up ownership and control of their energy destiny made a costly mistake. The former members of Mt. Empire, for example, enjoyed competitive rates, excellent service and “local control,” a benefit that can never be over-rated. During the late 1990’s these same consumers, now customers of SDG&E, paid some of the highest electricity rates in history while members of Anza, Plumas-Sierra and Surprise Valley enjoyed relatively stable rates.

But Mt. Empire is only one of many stories about local communities either trying hard to establish their own electric co-ops, or actually starting them only to have them taken over by bigger, more aggressive companies. If the electric co-op movement had enjoyed the same success in California as it did in most states–and it certainly could have and should have–roughly 10 percent of all California citizens would be electric co-op members today and the 30 or so distribution co-ops would be serving as the “yardstick” to measure investor-owned utility services and prices against, as electric co-ops are in most other states. That united co-op “consumer” voice would have been more influential during the pre-deregulation era of debate, when California meandered into deregulation with lots of great expectations but no real safeguards to protect the interests of consumers and small businesses.