Golden State Power Cooperative > History > What Could Be 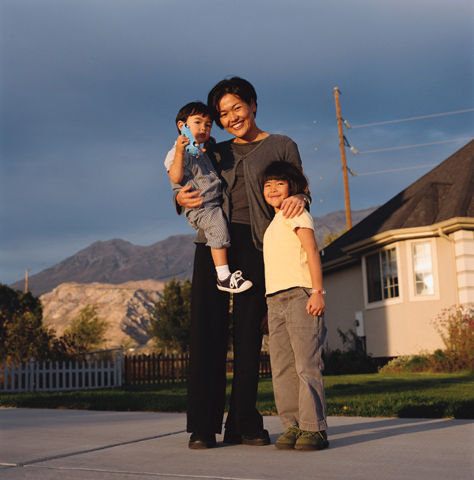 We can’t change the past, but we can strive to create a better future for California energy consumers- and the cooperative model has the ability to do just that. The formula for success is just a potent today as it was in 1935. In fact, there are some who would argue that if allowed to become an active part of the California electricity industry, co-ops could help reduce electricity rates across the state, for all ratepayers large and small, by five to ten percent!

That’s a mighty big claim to make; the savings over just a few years would exceed a billion dollars! But that argument may not be as far-fetched as it would first seem. Here is a story of how it could work: Assume the three investor-owned utilities that currently serve roughly 75 percent of the electricity load in California were willing to divest themselves of some of the remote rural areas they currently serve…perhaps just enough to allow co-ops to serve 10 percent of the population, which is about what they serve, on average, in other states. If this were to happen, three financial benefits would immediately accrue to the IOUs and to ratepayers:

First, the investor-owned utilities would receive a much needed infusion of capital with each and every asset sale. Second, their operating costs would drop immediately as each rural property was sold because they would no longer be responsible for operating and maintaining the low-density, rural lines sold to the new (or existing) co-ops. Third, their ongoing expenses would be reduced because they would be able to focus on what they do best, which is service to urban communities and larger businesses. This final point is significant because rural service is a different science than urban service, involving a unique blend of equipment and practices that rural electric co-ops have become the true experts at over the past 70 years. For these and other reasons, co-ops are better at rural service than any other type of electric utility. California, unfortunately, has not enjoyed the benefits of rural electric cooperative services to the extent other states have. As a consequence, the average retail price of electricity in the Golden State has been higher than it could have been because of this limited access to electric co-op service.

Even the new co-op members (former IOU customers) would come out ahead because their non-profit co-op would be local, focused on world class service at the lowest possible rates. History proves that co-ops are able to deliver reliable service at significantly lower rates than IOUs are in rural areas. There are many factors that contribute to their ability to hold down costs and thus hold down rates. Here are just a few:

They have no requirement to pay federal taxes because they operate on a non-profit basis, returning any excess income directly to their members. Potential savings…5 to 10 percent. (They do, however, pay all the same state and local taxes, including property taxes, that other like businesses pay).

They have no requirement to earn a rate-of-return for their stock market investors because their own members are the owners. Potential savings…10 to 12 percent. (As a bonus, because all the money stays “at home” in the local community, there’s an additional economic benefit to co-op members and the overall community).

The co-ops have access to competitive financing. Through their own Cooperative Finance Corporation (CFC), which is a co-op owned and operated by and for the electric co-ops of America, they have direct access to Wall Street, all the major banks, insurance companies and other lenders worldwide. Due to CFC’s consistently high credit rating, the co-ops are able to borrow at extremely low rates. And for co-ops that serve remote rural areas, there is still a remnant of the old REA, a department of the United States Department of Agriculture now known as “Rural Utility Services,” or “RUS.” This federal agency gives co-ops additional access to low-cost financing to build rural distribution and transmission lines, plus new generation plants. In addition, RUS has special loan programs for other rural economic development projects that rural electric co-ops qualify for. But California communities only have access to RUS loans and programs through the three distribution co-ops, Anza, Plumas-Sierra and Surprise Valley, which, combined, serve less than one percent of the electricity load in the state. So there’s a great opportunity that exists which Californians have limited ability to take advantage of. Potential savings on the long-term cost of borrowing…1 to 5 percent.

Through the National Rural Electric Co-op Association (NRECA), the National Rural Telecommunications Cooperative (NRTC) and several other national and regional non-profit businesses and associations, the co-ops have discovered literally dozens of additional ways to hold down their operating costs. As noted earlier, rural service is a different science, and one that electric co-ops have become extremely efficient at over the past 70 years. It’s impossible to lump all the other economic advantages of the co-op business model together and assign a percent savings as we have done on items one through four. For example, the electric co-ops own and control their own insurance company, the Federated Rural Electric Insurance Exchange. Through Federated they have access to competitive, non-profit insurance rates, and this one benefit alone can make a significant difference on the bottom line each year. So when you combine a dozen or more secondary, but significant, economic advantages you have to come up with a very conservative savings of five percent at a minimum. Potential savings…5 to 15 percent.

When you add all the benefits of the co-op business model together, the minimal savings to co-op members, when compared to the typical for-profit business model, is up to 26 percent! Again, that’s what one would expect, on average, over several years. These are not, however, instant savings to co-op members. The benefit of being served by the large investor-owned companies is that they are regulated and the state requires them to charge the same rates in rural and urban areas. This is a significant benefit to rural consumers because urban ratepayers, in most cases, subsidize rural ratepayers. That’s why urban ratepayers benefit as well as rural ratepayers when the co-op business model comes into play.

How much of the actual savings accrue to rural consumers versus urban consumers through rate adjustments over time is hard to predict, but the bottom line remains the same. The co-op business model gives California ratepayers, both urban and rural, one more card to play in their effort to bring down the high cost of electricity in our state. From buying poles to doing research and development on new cost-saving equipment, co-ops are focused on providing the best, most affordable rural utility service possible. As noted, however, that is only one side of the coin. Rural service itself is more expensive. When you have only two or three customers per mile, compared to 50 or more customers per mile in the city, you have to find every possible cost-saving to hold down rates. So on one hand you have savings, on the other hand you have the inherent economic disadvantage of serving only low-density, high cost areas. The co-op business model has been perfected to overcome that disadvantage. History proves that the co-op approach is a business model that has worked for over 70 years in almost every state to help hold down the cost of electricity for both rural and urban ratepayers. It can, and does, work in California as well!

As noted earlier, if 10 percent of California residents and small businesses (the remote rural areas only for this analysis) were served by electric co-ops, there would be immediate and long-term cost savings to both urban and rural ratepayers, including large energy users located in either urban or rural communities. That’s not to suggest that investor-owned utilities aren’t doing a good job of operating their systems and keeping costs as low as possible. The only comparison we attempt to make is the difference in cost between operating as a non-profit, member-owned cooperative and as a for-profit, private, investor-owned company. As you can see from the above list of potential savings, there are significant differences in operating costs in a dozen or more areas. Plus there is local control, another amazing tool that can go a long way towards holding down costs. All things considered, it seems reasonable to argue that California ratepayers could realize economic benefits of $1-billion dollars per year, if not more, if California enjoyed the same blend of cooperative ownership that currently exists in other states.